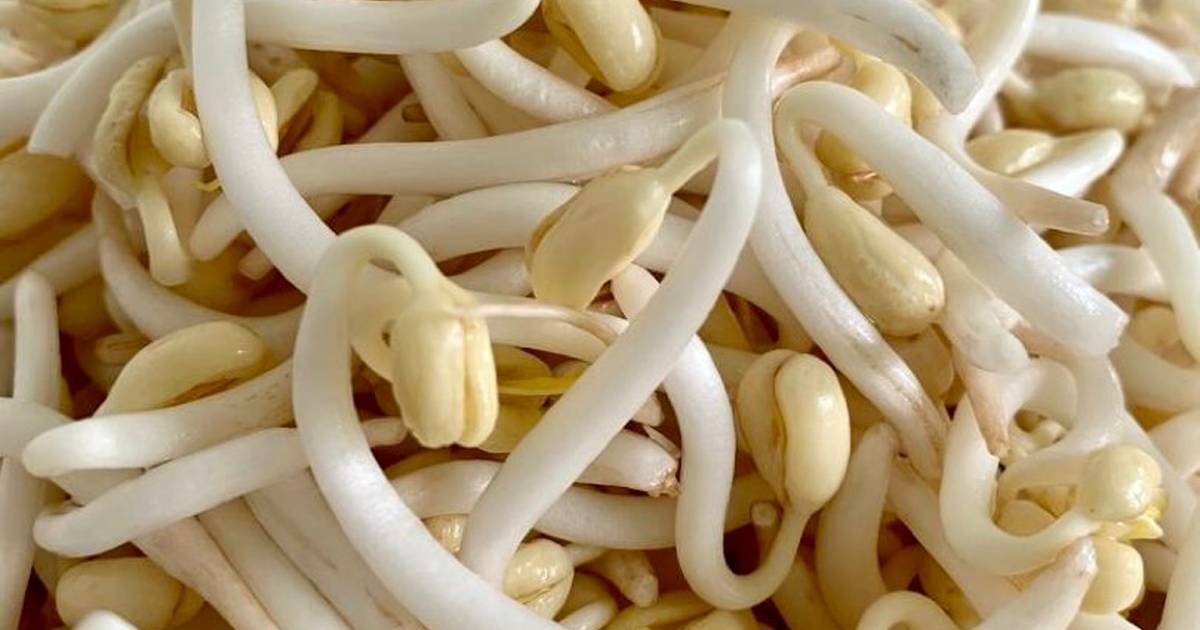 Mung beans produce an edible sprout that’s crisp and described as nutty tasting. These sprouts are substantial enough to stand-up to stir-frying, but they're often used raw in salads and on sandwiches. Mung bean sprouts are low in calories, have fiber and B vitamins, and deliver a boost of vitamins C and K.

Bacteria in the large intestine make some vitamin K, but not enough to meet your daily needs, according to the Linus Pauling Institute. Mung bean sprouts are a good source of vitamin K, with 1 cup of raw sprouts containing 34 micrograms, which means men get 28 percent of their recommended daily intake, while women gain 37 percent. Vitamin K is essential for the process of blood clotting. It also regulates bone mineralization and helps maintain bone density. A vitamin-K-dependent protein inhibits the build-up of calcium in blood vessels, which lowers the risk of cardiovascular disease, according to research published in the June 2009 issue of the “American Journal of Clinical Nutrition.”

Vitamin C’s antioxidant abilities protect cells from free radicals. Some free radicals develop as a byproduct of biochemical processes. Others form in response to cellular stress from a variety of sources, such as sunlight, lack of sleep and cigarette smoke. If free radicals are not neutralized by an antioxidant, they attach to healthy cells, causing damage and inflammation that leads to chronic diseases. Vitamin C is also a component of the connective tissue collagen, which supports and strengthens skin, cartilage and organs. One cup of raw mung bean sprouts delivers 14 milligrams of vitamin C. The Institute of Medicine recommends that men consume 90 milligrams of vitamin c daily, while women should get 75 milligrams. Anyone who smokes should add another 35 milligrams to those recommendations.

About 90 percent of the iron in your body is retained and reused, but you still need to consume enough to make up for the amount that’s normally excreted from the body every day. For men, that means getting 8 milligrams of iron in their daily diet, but women need 18 milligrams. In addition to carrying oxygen through the blood, iron supports your immune system by facilitating the growth of cells that regulate the immune response and attack infected cells. Men gain 12 percent and women get 5 percent of the recommended daily intake from 1 cup of raw mung bean sprouts.

Folate is a B vitamin that’s critical for creating DNA, producing and maintaining new cells, and making healthy red blood cells. These functions make it an essential vitamin for everyone, but it’s especially important to support periods of growth from conception through adolescence. Women need to have sufficient folate because it prevents birth defects of the brain and spinal cord that occur in the first 28 days of pregnancy. You’ll gain 16 percent of the recommended daily intake from 1 cup of raw mung beans. 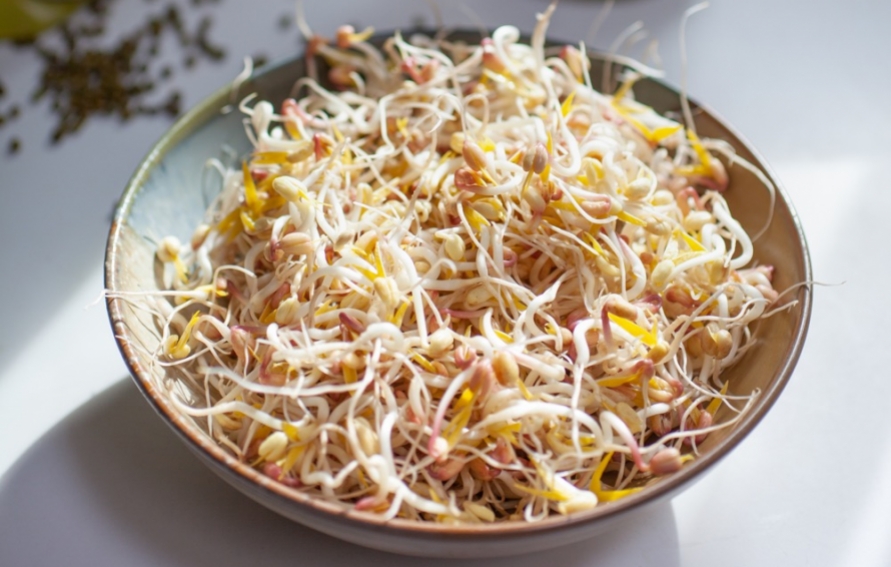 Mung bean sprouts can carry bacteria, so raw sprouts should be avoided by children, pregnant women, the elderly and anyone with a weakened immune system. You’ll lose some of the nutrients, but you’ll kill any potential bacteria, by cooking the sprouts.