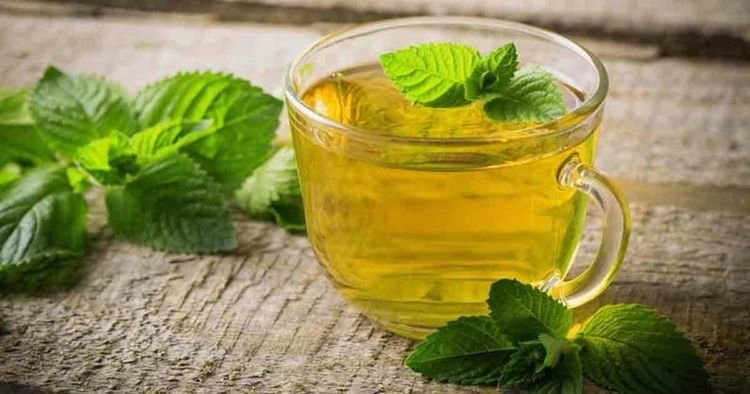 Spearmint, or Mentha spicata, is a type of mint similar to peppermint.

It’s a perennial plant that hails from Europe and Asia but now commonly grows on five continents around the world. It gets its name from its characteristic spear-shaped leaves.

Spearmint has a pleasantly sweet taste and is frequently used to flavor toothpaste, mouthwash, chewing gum and candy.

One common way to enjoy this herb is brewed into a tea, which can be made from either fresh or dried leaves.

Yet, this mint is not only tasty but may also be good for you. 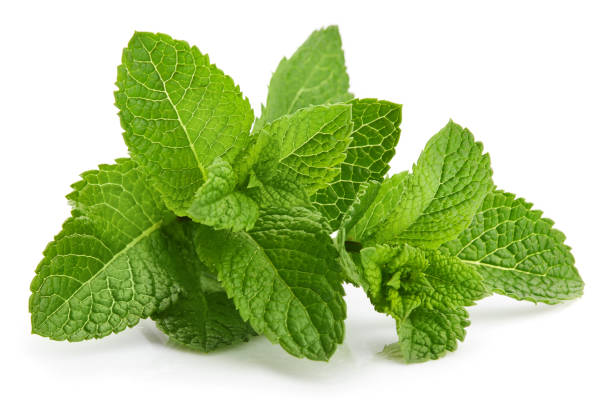 The compound (-)-carvone, which is naturally found in spearmint, has been shown to strongly inhibit muscle contractions in the digestive tract, which may explain how this herb helps relieve digestive upsets.

In an eight-week randomized study in 32 people with irritable bowel syndrome (IBS), one group was given a product containing spearmint, lemon balm and coriander along with loperamide for diarrhea or psyllium for constipation.

At the end of the study, people who received the spearmint-containing supplement reported less abdominal pain, discomfort and bloating compared to those in the placebo group.

This herb may also relieve nausea and vomiting caused by chemotherapy.

In one study, spearmint essential oil applied to the skin significantly reduced the incidence of nausea and vomiting compared to a placebo.

Therefore, while studies on the effects of this type on mint on digestion are limited, some evidence suggests that it may be helpful. 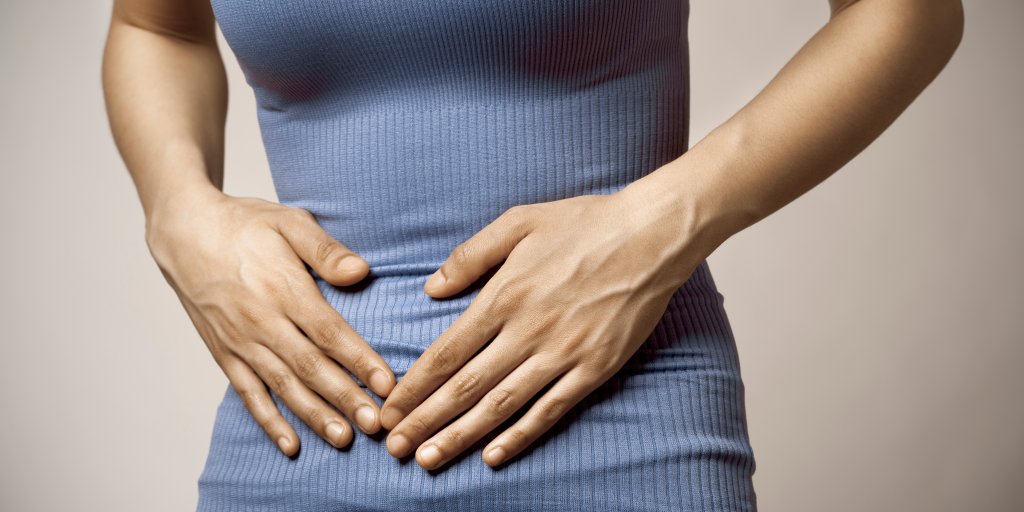 Antioxidants are natural chemical compounds found in plants that help protect against and repair damage caused by free radicals, which are harmful molecules that can lead to oxidative stress.

Oxidative stress has been linked to several chronic conditions, including heart disease, cancer and diabete.

Spearmint contains a large number of antioxidant compounds, including rosmarinic acid, flavones and flavanones like limonene and menthol.

According to researchers, spearmint shows excellent antioxidant activity against free radicals. In one study, extract from this herb prevented fat oxidation in meat and was as effective as the synthetic antioxidant BHT.

3. May Aid Women With Hormone Imbalances

For women with hormone imbalances, spearmint tea may provide relief.

Studies in women have shown that it can decrease male hormones like testosterone while increasing female hormones necessary for ovulation, such as luteinizing hormone (LH), follicle-stimulating hormone (FSH) and estradiol.

In one five-day study in 21 women with hormone imbalances, two cups of spearmint tea a day decreased testosterone and increased LH, FSH and estradiol levels.

Additionally, in a study in rats, spearmint essential oil was found to decrease testosterone and ovarian cysts and increase the number of viable eggs in the rats’ ovaries. 4. May Reduce Facial Hair in Women

Drinking spearmint tea may help reduce hirsutism, or growth of dark, coarse hair on the face, chest and abdomen of women.

High levels of male hormones, or androgens, are linked to an overgrowth of facial hair in women.

Two studies in women with facial hair have shown that drinking spearmint tea may help.

In one five-day study, 12 women with PCOS and nine women with facial hair due to unknown causes were given two cups of spearmint tea twice a day during the follicular phase of their menstrual cycle.

While the study was not long enough to determine whether spearmint affected facial hair, the women’s testosterone levels were reduced.

In a longer, 30-day study in 41 women with PCOS, women who drank two cups a day of spearmint tea reported a reduction in their facial hair.

However, 30 days may not be long enough to see a definitive difference.

There’s some evidence that this herb may help improve memory.

Studies have shown that mice given a spearmint extract experienced improved learning and memory as shown by their performance on a maze test.

Previous studies in humans found that chewing mint-flavored gum may help improve memory. However, later studies have failed to confirm its beneficial effects.

In a more recent study, older adults with memory impairment who were given daily supplements containing 900 mg of spearmint extract experienced a 15% improvement in working memory .

Therefore, the evidence on the benefits of this type of mint for memory is limited but promising — especially for older adults.

Spearmint is a popular flavoring agent in toothpaste, breath mints and chewing gums.

However, it does more than freshen your breath — it also has antibacterial and antimicrobial properties, which may help kill the bacteria in your mouth that cause bad breath.

Studies have found that spearmint essential oil is effective against several types of harmful bacteria.

Additionally, it has been shown to work against bacteria that cause foodborne illnesses, including E. coli and Listeria.

While human-based studies on this potential effect are lacking, animal studies have shown promising results.

In one study, rats were given a spearmint extract equivalent to 9 mg per pound (20 mg per kg) of body weight per day. While healthy rats appeared unaffected, rats with diabetes had significantly lower blood sugar.

In another 21-day study in rats with diabetes, animals given 136 mg per pound (300 mg per kg) of body weight per day of this type of extract showed a 25% reduction in blood sugar.

In fact, in South American countries, this tea is commonly used to treat stress and insomnia.

In one study in rats, a spearmint extract was found to decrease anxiety and improve sleep.

Additionally, the leaves of this plant contain menthol, which has a relaxing, sedative effect on the body.

It’s believed that spearmint promotes relaxation and alleviates stress by interacting with GABA receptors in your brain. GABA is a neurotransmitter involved in reducing nerve activity.

A large review study of both animal and human studies concluded that essential oils made from this mint had pain-relieving effects.

Similarly, in one 16-week study in 62 people with arthritis of the knee, regular spearmint tea consumed twice daily reduced stiffness and physical disability, while a spearmint tea high in rosmarinic acid relieved the same symptoms and reduced pain.

Though human studies on this potential property are unavailable, some scientific evidence suggests that this herb may have beneficial effects in this regard.

A compound in spearmint called (-)-carvone has been shown to act similarly to calcium-channel blockers, medications used to treat high blood pressure.

In fact, in one animal study, (-)-carvone was shown to be 100 times more potent at reducing blood vessel contractions than verapamil, a commonly used blood pressure medication. 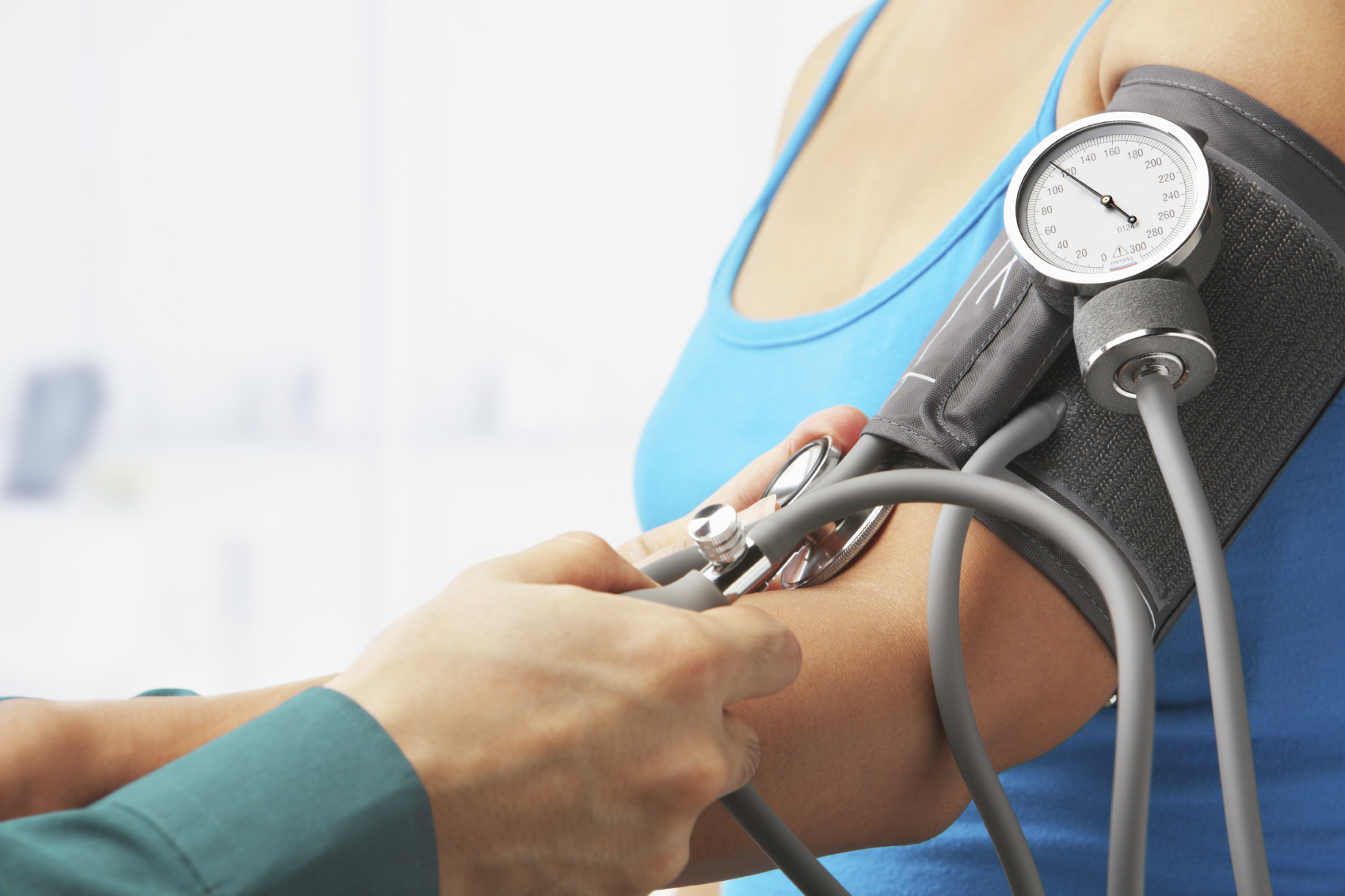 11. Easy to Incorporate Into Your Diet

Spearmint is easy to add to your diet. 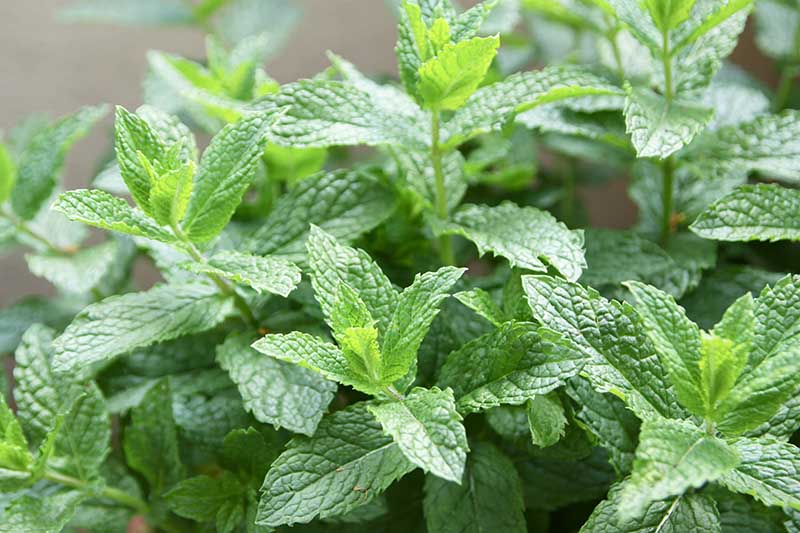 You can grow your own for brewing.

To make the tea at home:

This herbal tea is delicious hot or cold. It’s also caffeine- and calorie-free, making it a naturally sweet treat you can enjoy at any time of the day.

Spearmint is a delicious, minty herb that may have beneficial effects on your health.

It’s high in antioxidants and other beneficial plant compounds that may help balance hormones, lower blood sugar and improve digestion. It may even reduce stress and improve memory.

Overall, spearmint makes a great addition to any diet — particularly in the form of spearmint tea, which can be enjoyed hot or cold. 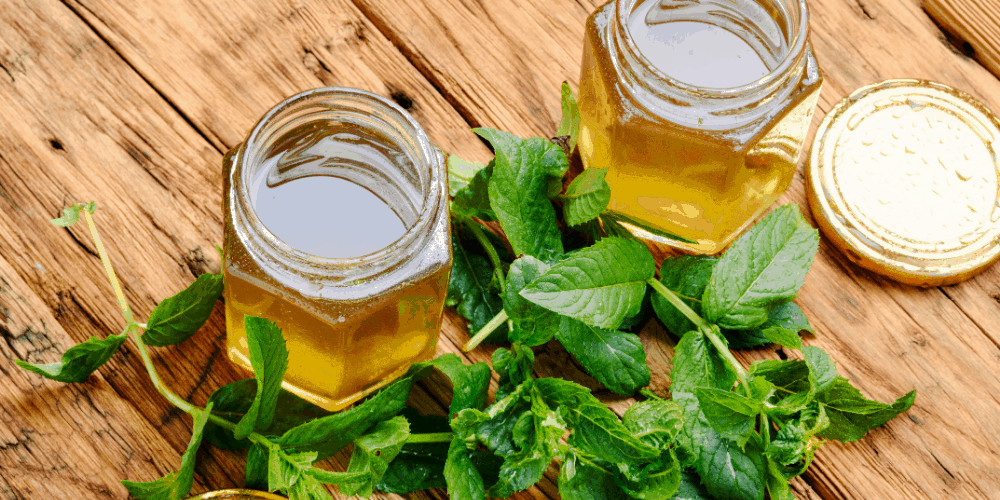